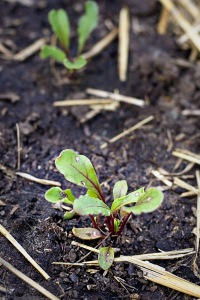 Yesterday I decided it was finally time to harvest the beets. They’ve been pushing their way out of the ground for a couple of weeks now, so we’ve been piling more dirt on them to keep them growing for longer.

I’ll have to say, I reluctantly planted them to see how they might grow. They were free seeds included in our order, so we had nothing to lose. I’m certainly glad we did plant them. They were extremely easy to grow, needed no attention and gave us crop of healthy vegetables within a few months. When you compare them to broccoli (which take 90% of our work) beets become a no brainer to plant.

The greatest challenge came when we needed to decide how we were going to eat them. In Australia beetroot comes in cans and is added to salads and burgers. These roots I pulled out of the ground looked nothing like what I had become accustomed to. After trawling the internet I discovered that beets are delicious roasted, but in the end I decided to pickle them so they resemble something like food from home. 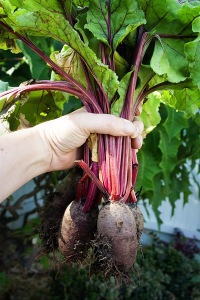 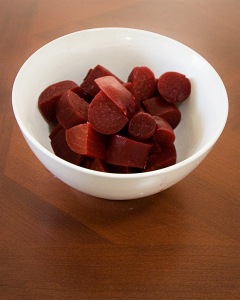 The resulting jars of pickled beets are a really beautiful colour. I hope they taste as good as they look.

After spending an hour canning the beets, I decided to use the beet greens (leaves) for dinner. I hate to see any part of the vegetable I grew go to waste! Here’s the recipe I used. Beet Greens and Feta Pasta It was delicious. I just added a little fried bacon and some pine nuts on a whim.

Beet greens taste just like spinach so we could use them in all types of recipes. I’ll definitely be planting beets in my fall garden.