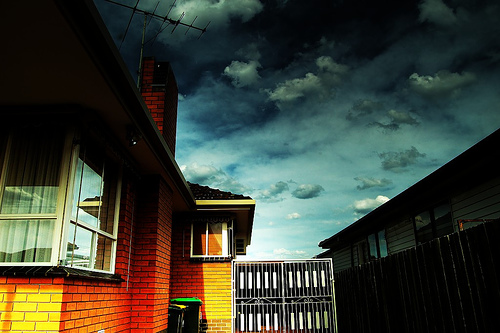 Lately I’ve been having quite a few Aussies asking my advice about buying a house. I’ve been telling them that I think that the Aussie housing market is in a giant bubble and due to correct sometime in the not too distant future, but mostly that’s not what they want to hear.

I understand why they ask my opinion, since I have bought and sold a few houses in the last decade. What I don’t understand is why they ask my opinion if they’ve already made their mind up to buy the house. Is this just a case of people only hearing what they want to hear? Do they just want me to tell them they are doing the right thing? Do they figure since I bought properties in the past that I think that buying property is always the right thing to do?

During one conversation I was told, “But everyone on TV says the property market is going to go through the roof in the next couple of years!” And I guess this gets to the center of the issue. House buying mania has come to Australia. The media is sprouting on about how the market is just going to keep going up and if you don’t get in now, you’ll miss out. People buy into this, literally. The fact that a number of people in my life have contacted me this month is simply an indication that the mania has spread far and wide.

Bah! What do I know? I’m not on TV. I hope for everyone’s sake that I’m wrong. I really do. I’d like to be wrong about so many things, but I guess only time will tell.

Effective April 1, 2010, we reserve the right to require (7) days advance notice before permitting a withdrawal from all checking accounts. While we do not currently exercise this right and have not exercised it in the past, we are required by law to notify you of this change. Read more