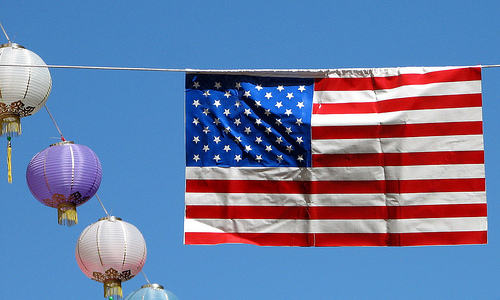 Interesting reads from around the internet this week….

China or the U.S.: Which Will Be the Last Nation Standing?

Silly me. Here I had thought that world leaders would want to keep their nations from collapsing. They must be working hard to prevent currency collapse, financial system collapse, food system collapse, social collapse, environmental collapse, and the onset of general, overwhelming misery—right? But no, that’s not what the evidence suggests. Increasingly I am forced to conclude that the object of the game that world leaders are actually playing is not to avoid collapse; it’s simply to postpone it a while so as to be the last nation to go down, so yours can have the chance to pick the others’ carcasses before it meets the same fate.

I know, that sounds unbearably cynical. And in fact it may not accurately describe the conscious attitudes of leaders of some smaller nations. But for the U.S. and China, arguably the countries most likely to lead the way for the rest of the world, actions speak louder than words. (Mental health advisory: readers with a low tolerance for bad news should turn back now; there are lots of cheerier articles on the Internet and this might be a good time to find and enjoy one.)

For these two nations, avoiding collapse would require solving a range of enormous problems, of which at least four are non-negotiable: climate change; peak fossil fuels (in effect, stagnating and, soon, declining energy supplies); the inherent instability of growth-based financial systems; and the vulnerability of food systems to factors like fresh water scarcity and soil erosion (in addition to global warming and fuel scarcity). If they fail to address any one of these, societal collapse is inevitable—in a few decades certainly, but perhaps in just the next few years.

What this means, if I’m right, is that we may have just moved into the endgame of America’s losing battle with the consequences of its own history. For many years now, people in the peak oil scene – and the wider community of those concerned about the future, to be sure – have had, or thought they had, the luxury of ample time to make plans and take action. Every so often books would be written and speeches made claiming that something had to be done right away, while there was still time, but most people took that as the rhetorical flourish it usually was, and went on with their lives in the confident expectation that the crisis was still a long ways off.

We may no longer have that option. If I read the signs correctly, America has finally reached the point where its economy is so deep into overshoot that catabolic collapse is beginning in earnest. If so, a great many of the things most of us in this country have treated as permanent fixtures are likely to go away over the years immediately before us, as the United States transforms itself into a Third World country. The changes involved won’t be sudden, and it seems unlikely that most of them will get much play in the domestic mass media; a decade from now, let’s say, when half the American workforce has no steady work, decaying suburbs have mutated into squalid shantytowns, and domestic insurgencies flare across the south and the mountain West, those who still have access to cable television will no doubt be able to watch talking heads explain how we’re all better off than we were in 2000.

Those of my readers who haven’t already been beggared by the unraveling of what’s left of the economy, and have some hope of keeping a roof over their heads for the foreseeable future, might be well advised to stock their pantries, clear their debts, and get to know their neighbors, if they haven’t taken these sensible steps already. Those of my readers who haven’t taken the time already to learn a practical skill or two, well enough that others might be willing to pay or barter for the results, had better get a move on. Those of my readers who want to see some part of the heritage of the present saved for the future, finally, may want to do something practical about that, and soon. I may be wrong – and to be frank, I hope that I’m wrong – but it looks increasingly to me as though we’re in for a very rough time in the very near future.

Does it Make Sense to Move to a New Location because of Peak Oil?

Some reasons not to move

Time Essay: The Nightmare Life Without Fuel (Written just after my birth in 1977!)

Americans are so used to limitless energy supplies that they can hardly imagine what life might be like when the fuel really starts to run out. So TIME asked Science Writer Isaac Asimov for his vision of an energy-poor society that might exist at the end of the 20th century. The following portrait, Asimov noted, “need not prove to be accurate. It is a picture of the worst, of waste continuing, of oil running out, of nothing in its place, of world population continuing to rise. But then, that could happen, couldn’t it?”

Retire? You can fuggetaboutit if the new Global Debt Time Bomb is detonated by any one of 20 made-in-America trigger mechanisms.

Yes, 20. And yes, any one can destroy your retirement because all 20 are inexorably linked, a house-of-cards, a circular firing squad destined to self-destruct, triggering the third great Wall Street meltdown of the 21st century, igniting the Great Depression II that George W. Bush, Ben Bernanke, Henry Paulson and now President Obama have simply delayed with their endless knee-jerk, debt-laden wars, stimulus bonanzas and bailouts.